What's On TV in May: Hindi 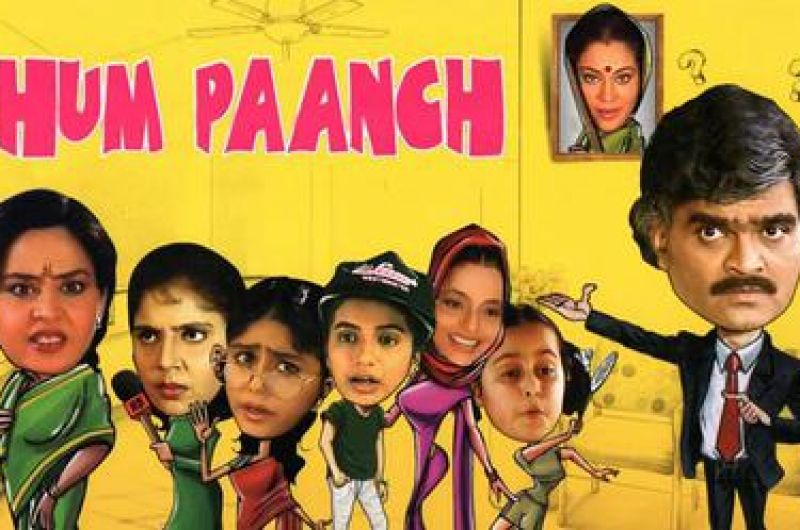 Comedy Ka Double Dhamaka: Best of Laughter Challenge
Come see two of the funniest comedians in India - Biswa Kalyan Rath and Amit Tandon, as they set the stage on fire with their incredible timing and sense of humour. Content will be a mix of Hindi and English.

Savdaan India
Tune in to India’s longest ever running show – it’s almost at 3000 episodes! Savdaan India focuses on real-life crime incidents in India and the story of struggle of the victims in order to get justice for their sufferings. If gritty crime dramas are your thing, Savdaan India won’t disappoint!

Hum Paanch
Hum Paanch is the story of a middle-class white-collar worker, Anand Mathur, who always finds himself in trouble because of his five headstrong daughters — Meenakshi, Radhika, Sweety, Kajal, and Chhoti.

Zee Horror Show
Just when you thought it was safe to go out again, the Zee Horror Show is back to scare you into staying inside! The classic horror series features 4-5 episode stories based on horror and suspense. If you love horror, you won’t want to miss this!

Crime Patrol
The series tells the stories of real-life crime cases that occurred in India. Series anchor, Anup Soni, suggests the correct measures to avert crimes while narrating stories revolving around harassment, kidnapping, and murder. The series opens its viewers’ minds with these cases by making them aware of the crime around them. Crime Patrol not only focuses on creating awareness about crimes, but has also aimed to help the victims depicted in the episodes.

Bhabiji Ghar Par Hain!
The show revolves around two neighbouring couples in Uttar Pradesh. Both the husbands are fed up with their respective marriages and are smitten by each other's wives, unbeknownst to each other. Manmohan Tiwari is a successful undergarment businessman, whose wife Angoori is a simple and naive housewife. Their neighbour, Vibhuti Narayan Mishra, used to be an unsuccessful insurance agent and is now unemployed. Often called as "Nalla" (a slang for being unemployed), he spends most of his time doing household chores. On the other hand, his wife Anita is a headstrong, smart and modern day lady who runs grooming classes. She is the breadwinner of the family and despises her husband's unemployment and sheer laziness. As both the men devise schemes to impress each other's wives, they pull each other down and in-turn, create problematic situations for everybody else.