What's On TV in May: Family Fun 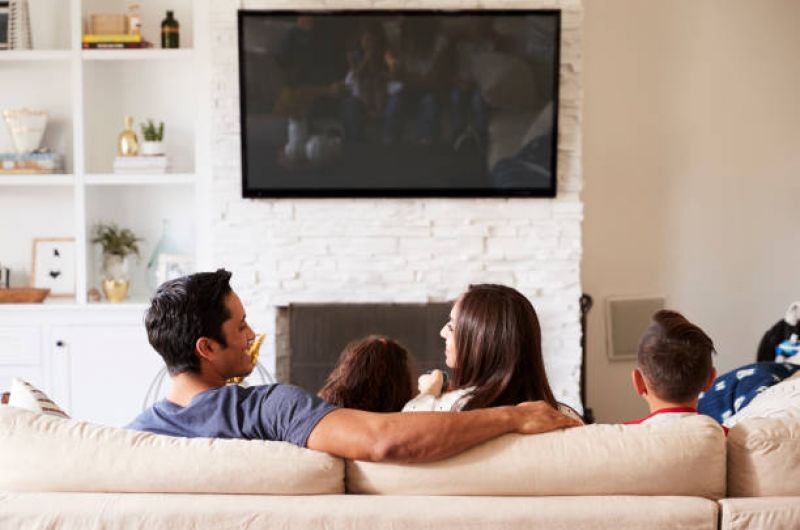 What better way to spend some much-needed quality time with your family this May than to gather around and watch some classic family-friendly movies that’ll be sure to leave you all crying, laughing, or both at the same time. Here’s our pick for what you should be watching, all huddled up together, this May:

Sing
Friday, May 1 at 17:00
FOX Family Movies HD (Ch 801)
From the same studio that brought you The Secret Life of Pets, Sing is a heartfelt animated comedy for music lovers. Award winning Matthew McConaughey stars as Buster Moon, a happy-go-lucky koala who organizes a singing competition in hopes to keep his business from dying. The movie also stars Reese Witherspoon, an overworked single mother of 25 piglets dying to become a singing sensation, and Scarlett Johannson as Ash, a rocker-chic porcupine with a dreamy voice. Sing is guaranteed to be the musical comedy of the year, one that your family will love and sing-along to!

Evil has set foot in New York City, in the form of a Foot Clan that has taken over the city in its entirety, from the police to the politicians. No one could have guessed that what the city needed were four outcast brothers from the sewers to save the day. The Turtles must band together with reporter April, played by Megan Fox, to save the city and defeat Shredder’s evil plan.

Watched The Lion King as a child? It’s the circle of life to watch it with your kids! Watch the story of Simba, a young lion prince that flees his kingdom Pride Rock after the demise of his father, but through his journey, discovers the meaning of responsibility, bravery and most importantly, family. Sing along to the catchiest tunes with your kids too. Hakuna Matata!

Toy Story 4
Sunday, May 24 at 16:15
FOX Movies HD (Ch 800)
Woody, Buzz and the rest of the gang are back for the last time, and embark on a road trip with Bonnie and a new, mischievous toy named Forky. The journey eventually leads him to an unexpected reunion with his long-lost friend Bo Peep. As Woody and Bo reminisce on old times, they soon realize that they want two completely different lives as toys.

Harry Potter and The Deathly Hallows P2
Sunday, May 24 at 18:00
Warner TV HD (Ch 818)
It’s He Who Must Not Be Named! Watch the ending of the beloved Harry Potter series, as Harry, Ron and Hermione race to destroy the remaining Horcruxes, and destroy Voldemort before he destroys them all. In the epic finale at Hogwarts, where students and teachers unite to defend the school against Voldemort and his Death Eaters, it’s a battle between good and evil. It all ended here.

Scott Pilgrim vs The World
Friday, May 29 at 17:00
FOX Family Movies HD (Ch 801)
This is a delightful family movie, following Scott Pilgrim, a pretty sad musician who falls in love with the new girl in town, Ramona. Things soon get complicated, as Scott is challenged by a league of Ramona’s seven evil exes, who he must defeat in a duel. Video game logic, and young-adult melodrama combined, this is a fun, quirky movie for the whole family.