What's On TV in May: Drama 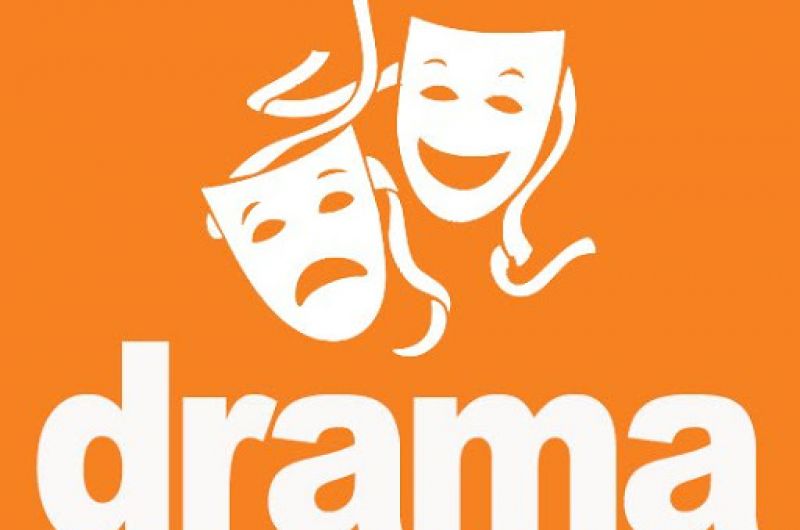 You know when you've got major drama going on in your life, that you just need to escape in to someone else’s? We know the feeling. Here's a list of major dramas to escape to while on lockdown, this May:

Wild Rose
Thursday, May 7 at 16:15
FOX Movies HD (Ch 800)
How far would you go to make your dreams come true? Jessie Buckley won a BAFTA for Leading Actress in this tale of a fresh out of prison’s woman’s pursuit of her dream to become a country music star while juggling her job and two children. She dreams of traveling to Nashville, Tennessee and finding her true voice, but fate may conspire to keep her home in Glasgow.

Pacific Rim
Sunday, May 10 at 18:00
Warner TV HD (Ch 818)
As gigantic, city-destroying monsters (Kaiju) emerge from the Pacific Ocean, humanity’s only chance at victory is to build massive robots (Jaeger) that can fight back. However, even the Jaegers are no match for the Kaiju and humanity stands on the brink of extinction. Having lost his brother fighting the Kaiju and having nearly died himself, Raleigh quits the Jaeger program and disappears. And yet, Raleigh, and an untested trainee, Mako Mori, may be humanity’s last hope.

Bohemian Rhapsody
Wednesday, May 20 at 15:45
FOX Movies HD (Ch 800)
Trust me, this movie will rock you. Starring Rami Malek as the late, truly great Freddie Mercury, Bohemian Rhapsody takes you on the journey of Queen’s meteoric rise through the 1970’s as they revolutionized music. But, as the band grows ever more popular, tensions rise between its members and they go their separate ways. Will Freddie Mercury and the rest of Queen find their way back to each other to deliver one last memorable, career-defining performance? Tune in to find out.

Keanu Reeves Day Marathon
Thursday, May 21 at 18:50 onwards
Warner TV HD (Ch 818)
Can you believe Keanu Reeves is 55 years old?! We pay tribute to the legend by showcasing all his greatest hits: Speed, Point Break, The Matrix, Lake House, and John Wick.

Town That Dreaded Sundown
Sunday, May 31 at 19:00
FOX Action Movies HD (Ch 802)
Are you a fan of the 1976 Classic The Town That Dreaded Sundown but wished it could be updated? Well we’ve got the movie for you! This 2014 slasher film serves as a meta-sequel to the original as a masked killer wreaks havoc in a town that has witnessed similar murders 65 years ago. Jami, whose boyfriend gets murdered, decides to take matters into her own hands and fight back!

Premiering Same Day as the U.S

Blindspot Season 5
May 1, Fridays at 18:00
Warner TV HD (Ch 818)
The FBI finds a strange woman in a bag, in Times Square, New York. With absolutely no memory of her past and mysterious tattoos all over her body, she embarks on a journey to determine her identity. Intrigued? Us too! Tune in to find out who she is on Blindspot!

Billions Season 5
May 4, Mondays at 18:50
FOX HD (Ch 811)
Who doesn’t like to see the rich and powerful butt heads and go to war?! Born into humble beginnings, Bobby Axelrod has grinded away to become a hedge fund billionaire. Although charitable and generous in public, Axelrod draws the ire of Chuck Rhoades, the US Attorney for the Southern District of New York, who believes that Axelrod has broken the law to build his wealth. Chuck sets his sights on Bobby and the two are set on a collision course, Wendy Rhoades, who works for Bobby but is married to Chuck, is caught in the middle and can’t decide who to save: Bobby and her career, or Chuck and her marriage?

L.A.’s Finest Season 2
May 5, Tuesdays at 18:45
AXN HD (Ch 814)
Bad Girls Bad Girls, whatcha gonna do, whatcha gonna do when they come for you?! That’s right, I said Bad Girls! L.A.’s Finest stars Gabrielle Union as Sydney Burnett, sister of Marcus Burnett (Martin Lawrence) from the Bad Boys franchise. As Sydney gets a new partner, Nancy McKenna, although their personalities may not match, they have to find a way to work together to fight crime on the dangerous streets of L.A.

Empire Final Season
May 6, Wednesdays at 19:00
FOXlife HD (Ch. 810)
Every great empire must fall. Lucious Lyon, hip hop mogul, former drug dealer, and CEO of Empire Entertainment, is informed of his imminent early death from a medical condition. He plans to find his successor by pitting his three sons against each other. However, a wrench is thrown in his plans when his ex-wife, Cookie Lyon, is released from jail after serving a 17 year sentence and begins to fight Lucious for control of Empire Entertainment.

Nancy Drew Finale
May 14, Thursdays at 18:00
FOXlife HD (Ch 810)
That’s right, your favourite amateur teen detective, Nancy Drew, is finally on TV! Devastated by her mother's passing, Nancy swears off crime-solving while crossing off the days until she can reapply to college. But when a socialite is murdered, Nancy finds herself a prime suspect in the crime, along with a group of other teens present at the scene: Nancy's nemesis from high school, George Fan; a rich girl with a mysterious past, Bess Marvin; Nancy's secret boyfriend, Ned "Nick" Nickerson, and amiable burnout Ace. The five of them must team up to clear their own names, encountering emotional entanglements and even more mysteries along the way!

FBI Most Wanted
May 20, Wednesdays at 18:00
FOX HD (Ch 811)
You can run, you can hide, but you won’t evade justice for long! From Dick Wolf, the brilliant mind that brought you Law & Order, comes the high-stakes drama focusing on the Fugitive Task Force, which relentlessly tracks and captures the notorious criminals on the Bureau's Most Wanted list. Seasoned agent Jess LaCroix oversees the highly skilled team that functions as a mobile undercover unit that is always out in the field, pursuing those who are most desperate to elude justice.

Mrs America
May 28, Thursdays at 19:00
FOXlife HD (Ch 810)
The never before told story of the movement to ratify the Equal Rights Amendment (ERA) and cultural backlash that it bore. Phylis Schlafly (Cate Blanchett), known as ‘the sweetheart of the silent majority’, works tirelessly to defeat the ERA.  The series explores how one of the toughest battlegrounds in the culture wars of the '70s helped give rise to the Moral Majority and forever shifted the political landscape by giving birth to the modern Republican Party.

MacGyver
Saturdays at 17:50
AXN HD (Ch 814)
What do you get when you combine a genius level intellect with a resolve to never kill? MacGyver! Angus "Mac" MacGyver is an operative of a secret U.S. government organization where he uses his extraordinary talent for problem solving and his extensive knowledge of science to save lives. With skills that are only limited by his creativity, Mac saves the day using paper clips instead of pistols, birthday candles instead of bombs, and gum instead of guns.

Penny Dreadful: City of Angels
Mondays at 19:00
FX HD (Ch 813)
We thought we saw the last of it in 1880’s London, but the supernatural horros have returned! Taking place during the Golden Age of Hollywood in 1930’s L.A., 50 years and 5000 miles after the original Penny Dreadful, powerful supernatural forces threaten to tear the city apart in a battle between Santa Muerte and the Devil!