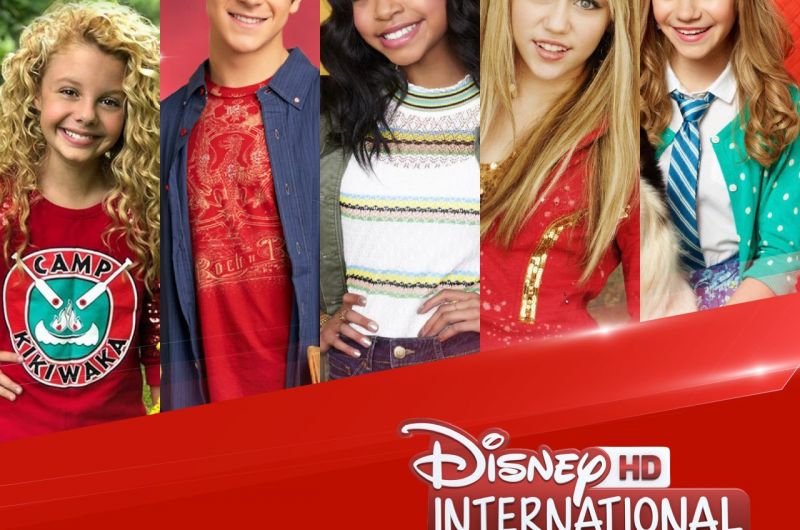 Disney International HD, the home of all things Disney, has arrived to Medianet on Ch 204! Here are a few of the featured shows:

Bunk’d (Age 6+)
A spin-off of Disney’s original series Jessie, Bunk’d is about three siblings, Emma, Ravi and Zuri who leave their extravagant New York home to go to a summer camp, the place where their parents met when they were teenagers. Lots of hilarity to go around, as the Ross kids’ experience roughing it out at camp. Lots of pranks, chaos, and nonsensical content, sprinkled with a lot of emotional growth from the characters, Bunk’d is sure to leave your kids entertained!

Dog with a Blog (Age 7+)
Stan, the recently adopted shelter dog can secretly talk! And he frequently blogs about his blended family, and their daily developments. Step-siblings Tyler, Avery and Chloe find it hard to relate to each other and haven’t always gotten along, but with the help of Stan, whose secret they must keep, they are brought closer together. Lots of heartwarming messaging about the importance of family, the friendships between people and their pets.

Wizards of Waverly Place
A funny, wholesome sitcom about a trio of magical siblings that are wizards in training, but they have to act completely ordinary living in Manhattan, New York. As their powers strengthen, they have to learn how to control their powers, and use them appropriately and responsibly. Even though there’s a lot of mischief, it’s always centered around there being consequences for actions as well as lessons learned.

Raven’s Home
This may definitely bring back nostalgia for some parents! Remember That’s So Raven? Well, Raven's all grown up! She's a recent divorcee, trying to raise her kids with the help of her best friend Chelsea. In Raven’s Home, her kids are up to similar shenanigans she was up to when she was younger. Her gift of clairvoyance was also inherited by her son, who has to cope with his unexpected new powers, all with the help of mum and much to the amusement of viewers! Parenting is hard enough without having to explain to your kid that he has magical powers!

Hannah Montana (Age 8+)
This may bring back nostalgia for some parents! Hannah Montana is a 14-year old girl living a double-life as Miley, a regular kid, and famous pop-star Hannah Montana. She lives with her single dad, who also doubles as her manager, and her confidante that’s always there for her, as she goes through all her teen challenges. Though she’s a pop-star, she has the same relatable struggles during school and in her social life.