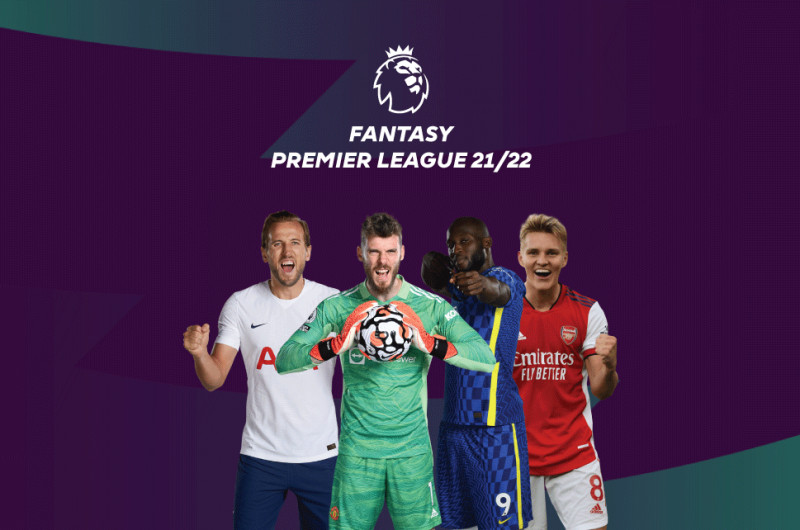 A glossary of terms is at the bottom of this post if any of the acronyms or abbreviations confuse you.

COVID cases seem to have dipped amongst EPL players so it seems like we can dive into planning out the next few GWs. This is the time of year where the elite (or truly lucky) managers will separate themselves from the rest. Blanks in GW25 and GW27 combined with a lot of double ups in GW26 mean that you will need to plan out your transfers and team structure to really get through the next few weeks.

For the majority of the season I've gone with a 4-5-1 or 4-4-2 formation as the striker options have been truly dire. Antonio was good early on, but since then it has been difficult to rely on any strikers (Dennis notwithstanding). In contrast, midfielders have been racking up points, and defenders like Alexander-Arnold and Cancelo have stacked up assists and clean sheets. When few of the strikers are reliable, do not spend a significant portion of your budget on them.

The primary decision facing every manager is whether or not you have 1 premium option and spread out the cash around him or you splash the cash on 2 premium options and go cut price on the bench. A premium option is any player priced at 10.5m and higher. Going into GW24, your long term premium options look like this, ranked by my preference:

Salah is Salah. He has DGW26 against Norwich and Leeds that will probably result in 98% of FPL players TC-ing him with the remaining 2% wishing they could. You must have Salah in your team. Kane seems to be rounding into form and has a DGW26 (even if one game is against City) with multiple fixtures left to reschedule. With Son coming back expect Kane to fire on all cylinders.  De Bruyne is the most nailed on player in Pep's midfield but I would not be surprised if he was rotated with the UCL fixtures in mind and City do not have any fixtures to be rescheduled. United have been misfiring for weeks now; Fernandes may have picked up a knock going into GW24 and he is not nailed on for penalties. But Bruno will have DGW25 to rack up points and United have begun to create solid chances over the past few weeks, they just have not put them away. Son is cheaper than those listed before him but he is also coming back from injury and may need time to get into his groove. Mane has not racked up points like the others but he could hit another gear after winning AFCON. Sterling is subject to Pep roulette and Ronaldo has been maddeningly inconsistent, not to mention that he might be off penalties now. Lukaku left his heart in Milan.

I have been debating this for weeks now, but my inclination is to throw my resources at Salah and Kane with cheap options around them. I would suggest bringing Salah in for GW26 as he is likely to be rested following a grueling AFCON. Fernandes can fill in for him during GW24 and his DGW25.

Now let's discuss the rest of the team

Old school FPL players would recommend spending your budget on 1 premium goalkeeper and 1 cheap goalkeeper. The latest trend seems to be investing between 9.5-11m into your goalkeepers to ensure that you are always getting points from the position and never having to rotate in a bad option. It also helps you massively when you bench boost. The below goalkeeper pairings have been made taking into account the DGWs and BGWs the goalies will face:

Alexander-Arnold and Cancelo are must haves. City and Liverpool regularly keep clean sheets and these two also rack up numerous assists. If you do not have them, get them in now.

Other defenders worth considering based on value and my preference:

Robertson has been on fire the past few games in terms of assists and will have a nice DGW26. The only thing keeping him out of your team should be wanting Jota instead as your 3rd Liverpool asset after Salah and Alexander-Arnold. Laporte leads the league's best defence, is cheaper than Dias, seems to be the first choice CB, and has even been scoring recently. Digne is a cheaper option that has been given license to bomb forward by Gerrard and could see a DGW27. Cucurella regularly racks up bonus points for Brighton and has DGW25. Ait Nouri is a cheap option in a solid defene with decent fixtures in DGW26. Tierney blanks in GW25 and GW27 but is part of a good defence and generates some attacking returns. Dalot has become the first choice RB at United and is a good cheap option as a 5th defender, especially with DGW25.

Chelsea's players are off until GW26 for the Club World Cup and then blank in GW27. Do not consider bringing James or Rudiger in until GW28.

Assuming you have one or two premium options (listed at the top of the article), the other midfielders worth bringing in based on fixtures and potential returns are:

Jota is a striker priced like a mid-level midfielder. The value is too good to ignore, and assuming he has supplanted Firmino, Jota is a must have. Same with Bowen who has been West Ham's most potent attacking threat.

After those two, the rest is down to personal preference. Foden is always a threat to score or assist but falls victim to Pep roulette; he's a boom or bust choice. Martinelli seems underpriced based on how much of a threat he is, and especially based on Arsenal's recent attacking returns. Coutinho could increase in a value quick if he continues generating great returns for Villa, so it could be worth bringing him in soon. Odegaard is likely to operate higher up the pitch based on necessity and has been creating numerous chances in recent games. Bernardo was on fire early on but has not been an FPL darling for weeks now. Saka drops as the other Arsenal options are cheaper, but he does have DGW26 to ruck up points. Gallagher would be higher up the list if not for the fact that he cannot play against Chelsea in DGW26 as he is being loaned out to Crystal Palace from Chelsea. Raphinha has tough fixtures in DGW26 and so should be avoided if possible.

Ignoring the premium options, the other strikers worth considering are:

Edouard has turned into the nerds pick in FPL because of the threatening positions he gets himself in. But he's also a rotation risk and his spot at the top of this list is based on him being nailed in the starting XI. Maupay features because of his DGW25 and recent form. Antonio has been steady, and finds a way to slot in an assist or two every now and then. Watkins has a nice run of fixtures coming up but has not been a particularly threatening goal scorer. Broja is dirt cheap and a good bench option. Calvert-Lewin is coming back from injury but could start firing again if Alli and Lampard get Everton clicking. King features solely because of DGW26.

I talked myself into trading out Watkins and Bernardo for Kane and Ramsey for GW24. With Son returning, Kane seems poised to hit a nice patch of form and I would regret not riding the wave. My plan for GW25 is to bring in Sanchez and Ait Nouri for Gunn and Dias. Then I plan to bring in Salah, Edouard, and Martinelli for Fernandes, Maupay, and Gallagher for GW26 to take advantage of all the double gameweek fixtures.

My plan is to stick with a foundation of Ramsdale, Alexander-Arnold, Cancelo, Salah, Jota, Bowen, and Kane. Any mixing and matching will happen around these players unless one of them misfires for 3-4 GWs.