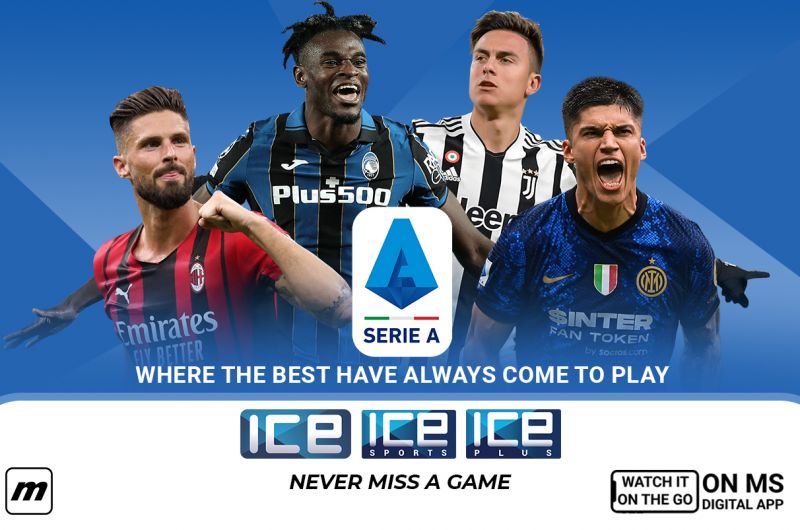 ICE & Medianet have announced their latest partnership with Italian Serie A. One of the oldest and greatest football leagues in the world, Italian Serie A is the latest addition to the growing collection of major sporting events that are shown on ICE Channels. With EPL, LaLiga, French Ligue 1 and Italian Serie A; ICE has become a must for Football lovers across the nation.

Italian Serie A TIM in its 124th year is home to some of the biggest giants of the game. From Juventus, Roma, Napoli to the two Milan clubs, the Italian Serie A has always been a platform for the worlds best to showcase their talent. The league features dozens of players of the worlds top talents such a Zlatan Ibrahamovic, Paulo Dybala, Lautaro Martinez, Georgio Chiellini & Lorenzo Insigne.

With just six more game weeks remaining, the race for the Scudetto is heating up and is looking to be a close fight till the end. Stefan Pilois AC Milan looks to recapture the title after an entire decade that was mainly dominated by Juventus. Last years Champions Inter Milan & Napoli follows closely behind with just a point separating the three teams. The league is set for a nail biting finish till the very end.

You can also watch it on the go via MS Digital App.
To Subscribe to Medianet, please visit QuickPay - https:/my.medianet.mv