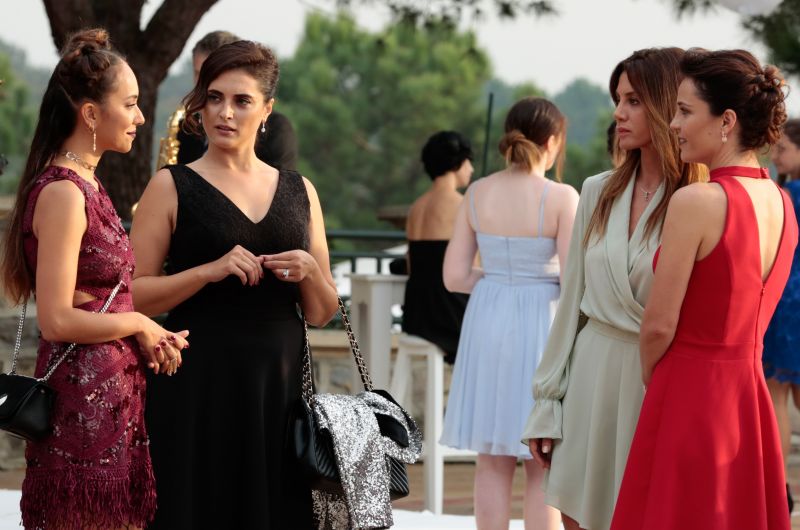 In June, on Timeless Drama Channel, a new successful series begins, which was broadcast in countries such as Chile, Estonia, Lithuania, Israel, Slovenia, Greece, Albania, Croatia, and Spain. "Stiletto Vendetta" won the Turkey Youth Awards for Best Screenplay, Best TV Series at ITU Social Media Awards in 2018 and was nominated for the Seoul International Drama Awards.

"After rehearsals with the actors, we had long conversations about the characters they played. Each character is different, so we had to bring them into harmony to have credibility. It wasn't easy, but I think I succeeded ", says director Ali Bilgin.

Set in an affluent suburb in modern Istanbul, called “Sarmaşık”, Stiletto Vendetta tells the story of a never-ending war between “the good” and “the thugs”. Almost 20 years ago, Oya (Gokce Bahadir) was pranked and falsely accused by her three closest-high school friends, Merve (Aslihan Gürbüz), Pelin (Bade İşçil), and Arzu (Tülin Özen). Unable to prove her innocence, Oya survives her suicide and leaves Sarmaşık. 20 years later, Oya returs, and the four women’s paths cross again. For them, life will never be the same. The series has two seasons, the first with 32 episodes, the second with 13.

"What attracted me most to this project was the fact that it is a genre that has never been tried before in Turkey and the fact that it was for the first time in my career and for me. The project was presented to me by Ay Yapım at a time when I no longer wanted to work with classic stories. The script attracted me because it had both humor and suspense and drama. The opportunity to work with good actors and very deep characters attracted me in turn. I was very excited because it was a project with a great potential to which any director could give different interpretations", says director Ali Bilgin.

The series has conquered an entire world because it tells a universal story - that of the nature of relationships between women. "The key to this project was to create four different characters. The way they played and the lifestyle were not so different, but it was very important to choose the right costumes and present their choices properly. I can say that I worked with 4 different types of actresses. At first it seemed risky, but it is a great joy to see that you have made the right decisions. The actors' contribution to this project was a considerable one, both for the series itself, and also for the screenwriters", says Bilgin.

“Stiletto Vendetta” premieres on June 15 on Timeless Drama Channel at 22:50