22 Questions you were too afraid to ask about the NBA 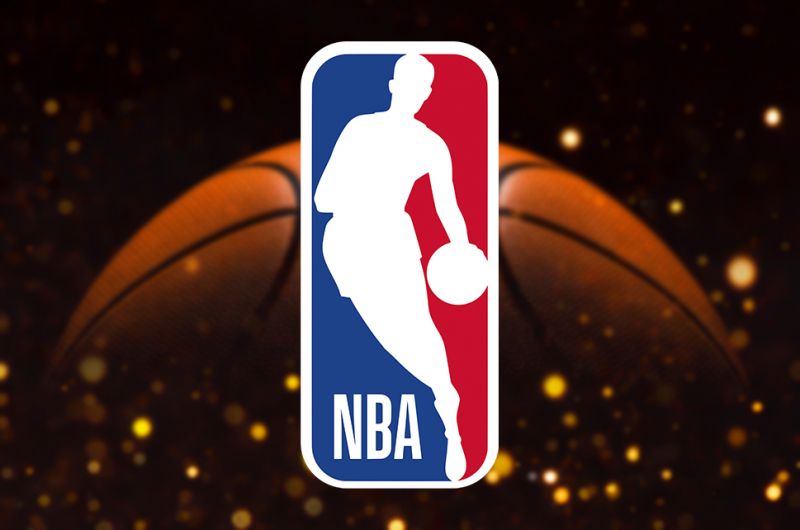 The National Basketball Association, known as the NBA, is a professional basketball league comprised of 30 teams across the United States and Canada. It features the best basketball players in the world.

Each NBA team can have a maximum of 15 players, 13 of which can be active each game. Each starting lineup has 5 players. Players can sub in and out an unlimited amount of times during stoppages in the games.

Because a team only features 5 players, there are 5 positions.

Small Forward (SF) – average height 6'5" to 6'9" - the small forward plays against small and large players. They roam all over on the court. Small forwards can score from long shots and close ones. Notable SFs: LeBron James, Kevin Durant, Julius Erving, Larry Bird.

Power Forward (PF) – average height 6'8" to 6'11" - does many of the things a center does, playing near the basket while rebounding and defending taller players. But power forwards also take longer shots than centers. Notable PFs: Charles Barkley, Tim Duncan, Kevin Garnett.

The NBA is a collection of 30 teams, broken down by two conferences with three divisions apiece.

The Western Conference plays host to the Northwest, Pacific and Southwest Divisions, featuring the following 15 teams:

The Eastern Conference’s 15 squads also break up across three divisions: the Atlantic, Southeast and Central.

The United States is geographically gigantic. It takes 5 hours to fly from LA to New York and there are 4 time zones in between these cities. It is not feasible for these teams to play each other frequently, especially when the NBA first started out, so they came up with conferences.

Podoloff’s name is now emblazoned on the NBA MVP trophy.

This season, the NBA is celebrating its 75th anniversary.

Each team plays 82 games in an NBA regular season.

Then we have the playoffs.

The NBA regular season is basically one long group stages like in the Champions League or World Cup.

The top eight teams in each Conference reach the postseason, with the No. 1 seed facing No. 8 in the first round, No. 2 vs. No. 7 and so on.

The winners of each Conference meet in the best-of-seven NBA Finals.

Money! The NBA earns most of its income from broadcasters that pay the NBA to air its games. If the NBA were to air less games, it would earn less revenue, so there's little incentive to reduce the number of regular season games. Efforts have been made to space out the games so that players receive adequate recovery time in between games.

The play-in tournament was brought in last season to introduce some excitement to the end of the season before the playoffs begin.

Both the Boston Celtics and Los Angeles Lakers have won 17 championships each. The Lakers won theirs most recently in 2020, and the Celtics last won in 2008. The Golden State Warriors and Chicago Bulls have both won 6 titles; the San Antonio Spurs have won 5; the Detroit Pistons and Philadelphia 76ers have each won 3.

The NBA All-Star Game is a basketball exhibition game hosted every February by the National Basketball Association (NBA) and showcases 24 of the league's star players. It is the featured event of NBA All-Star Weekend, a three-day event which goes from Friday to Sunday. The All-Star Game was first played at the Boston Garden on March 2, 1951.

The starting lineups are selected each year by fans around the world, who can vote online at nba.com, the NBA app and on social media.

If a team has a starter who’s unable to play, the head coach of that All-Star team will select his replacement from his bench (including any Commissioner-appointed players).

Each spring, a lottery — comprised of ping-pong balls drawn randomly in an audited event — decides the fate of the 14 teams who did not qualify for the Playoffs. The teams with the fewest wins have the greatest chance at winning the Lottery. Three Lotto balls are drawn, deciding the first, second and third picks. After that point, the remaining picks go sequentially, in order of lowest finish to highest finish in the standings.

After pick No. 14, the teams choose in reverse order of regular season finish (the team with the best record goes last).

Teams may move up and down in the order with trades.

Yep, the worst teams have a better chance at getting a higher pick and can theoretically pick the better players. You do have players drafted late that turn into stars e.g. Steve Nash and Nikola Jokic, but usually the higher drafted players turn out to be the more accomplished players. The reason worse teams get higher picks is to ensure that there's a level of parity and competitiveness between teams and a means for the worst teams to get better.

There's a salary cap! Teams are limited in how much they can spend each season to pay their players. Teams can choose to go over the salary cap in certain situations but they end up being taxed heavily for going over it, reducing the incentive to exceed the cap. There is also a max contract i.e. a maximum that an individual player can be paid.

Unlike football, NBA players are traded for each other and for draft picks. Players also have the same contract once they've been signed, unlike in football where football players sign a new contract with their team. So for example, if LeBron James plays for the Miami Heat under a 3 year $100m contract, and he gets traded to the Lakers, he will now be playing for the Lakers under that 3 year $100m contract.

Hoo boy where to begin with this one… last season the Lakers were the defending champs and lost to the eventual Finalists Phoenix Suns in the first round of the playoffs after their star player, Anthony Davis, got hurt. The Lakers thought they were just one star away from being title favourites and traded a boatload of good players for Russell Westbrook, the 2017 MVP (Most Valuable Player i.e. player of the year). Unfortunately, Westbrook isn't a good fit for the Lakers and his play has massively declined this year. LeBron James is a year older and Davis has also missed a lot of games. As a result, the Lakers have not lived up to expectations.

The MVP (Most Valuable Player) is the award given to the best regular season player. It is the most prestigious individual award the NBA hands out. The reigning MVP is Nikola Jokic of the Denver Nuggets and there's a good chance he wins it again this season. Others contending for MVP are Joel Embiid, Ja Morant, Giannis Antentokoumpo, DeMar DeRozan, and Luka Doncic.

Of current players, LeBron has 4; Steph Curry and Giannis Antetokoumpo have 2; James Harden, Kevin Durant, Russell Westbrook and Nikola Jokic have 1 each.

In no particular order: